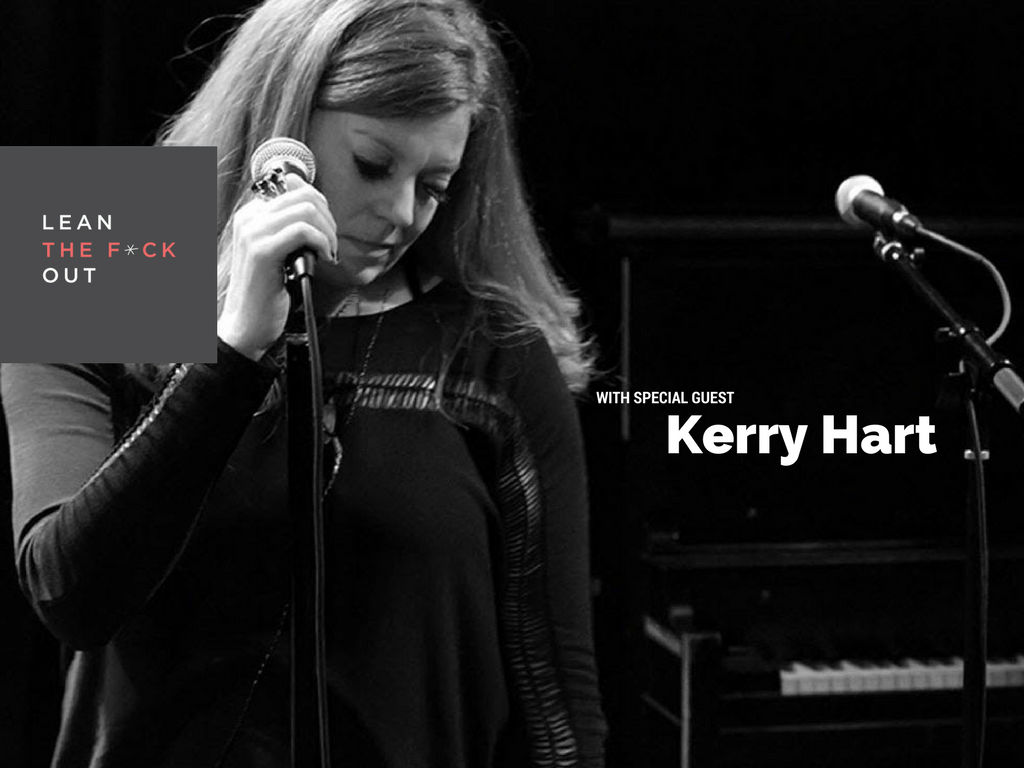 We talk to musician turned entrepreneur Kerry Hart. She shares her approach to treating her music like multiple startups. Check out the latest Lean The F*ck Out.

This week we talk with Los Angeles musician, singer, songwriter and recording artist Kerry Hart about music as a business. Kerry is a musician turned entrepreneur then back to musician. She has always written songs, but three years ago she decided to pursue her music career full force and started hustling to make it happen. She shares her approach to treating her music like she has with her multiple startups. She also talks about how she stays centered enough to write and manage her family of three, while also working with her husband in their tech company.

Stick around to the end of the episode to hear an exclusive and unreleased song of Kerry’s titled, “If Only.” What an honor that she is sharing it with us.

Kerry Hart is a singer, songwriter, recording artist and performer based in Los Angeles, California.

Music from Kerry’s upcoming EP, Live at the Sky, was recently featured in the film And Then There Was Eve, winner of the Best Fiction Film award at the 2017 LA Film Festival. In a departure from today’s computer-centric production trends, Live at the Sky was recorded live in the Joshua Tree desert using acoustic instruments and only analog recording equipment.

Kerry’s studio work covers broad sonic territory from strings-driven ballads to folk pop songs to percussive anthems, while maintaining the emotionally riveting and joyful spirit that has come to define the music of Kerry Hart. Kerry is currently completing her debut studio album.