Cosmo causes a stir with their anniversary issue cover by referring to The Kardashians as America's First Family. The ensuing buzz is how they get paid. 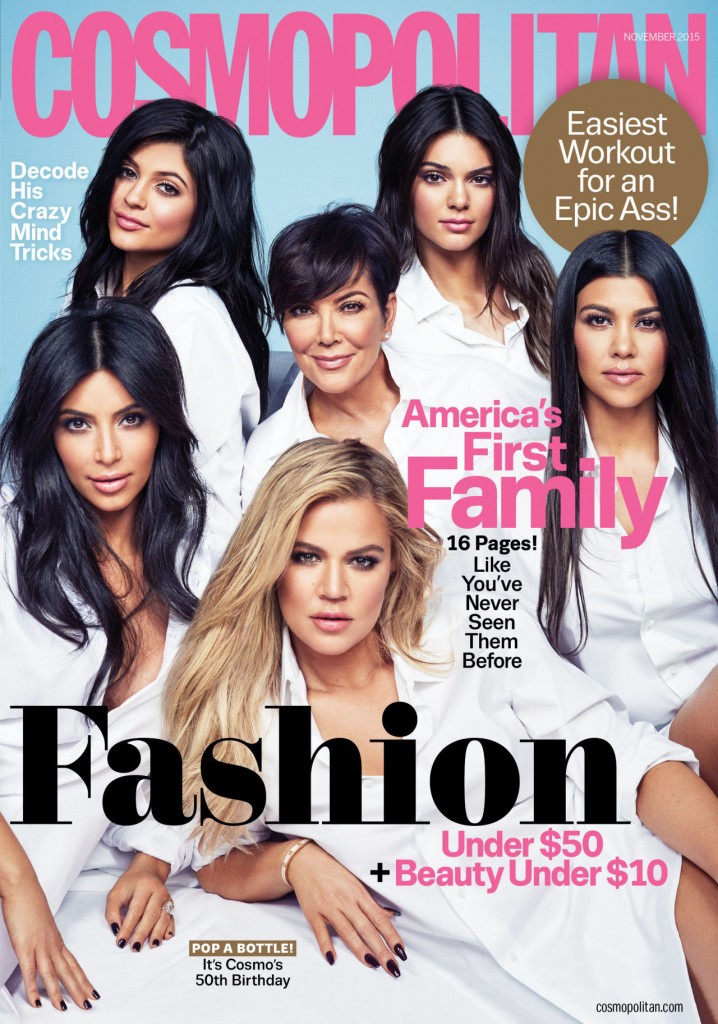 Cosmopolitan magazine sent tongues wagging Sunday evening when they debuted their November 2015 cover in honor of the mag’s 50th anniversary. The women of the Kardashian/Jenner clan are featured in crisp, white dress shirts with the tag “America’s First Family.”

While social media protests reminded Cosmo that America’s real First Family are the Obamas, the Kardashian/Jenners may have been fitted with the moniker because of the their ever-growing popularity. Readers sounded off in Cosmo’s comment section with quips such as “I want COSMO to understand that this “family” represents NO ONE in my American realm” and “How dare you call this trash America’s First Family. First family to gain recognition from a sex tape, lip filler and just overall selfishness.” Still despite the hate that spews often around them, the family has managed to amass quite an empire since their reality television show, Keeping up With the Kardashians first aired on E! cable network in October 2007.

So if everyone hates the Kardashians, how are they doing so well? Their reality show has been running for seven plus years, they own boutiques, clothing brands and revel in endorsement deals. Kim Kardashian West’s earnings  alone doubled last year and are approximately around $52.5 million. As Jeffrey Dorfman noted in Forbes last year, The Kardashian Economy is thriving:

So back to the November Cosmopolitan cover that is getting all that love/hate buzz. You put the buzz building clan on the cover with a tag like First Family and everyone wins – Cosmo, because they are the talk of the day, and the Kardashians, because this is precisely how they make their living. As Dorfman had simply noted, “Their fifteen minutes won’t end until we ignore them.”