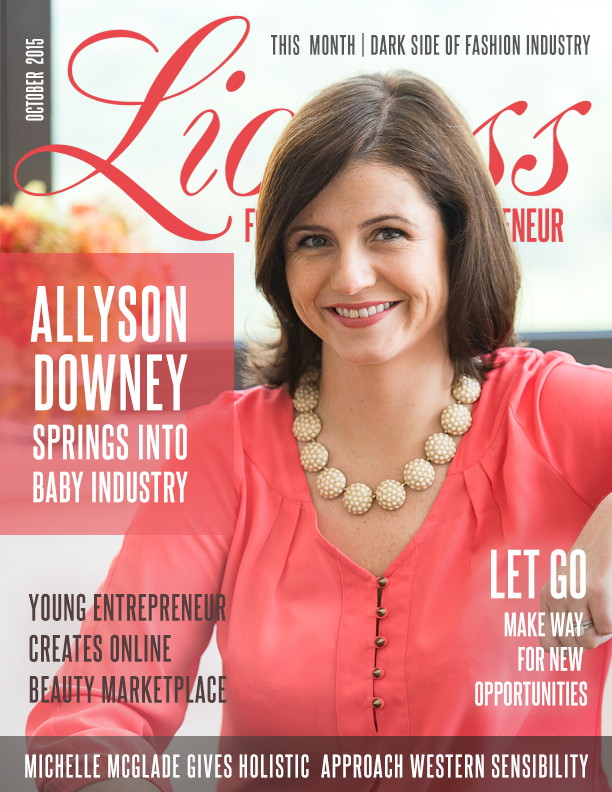 Allyson Downey cofounded the "Yelp for baby products," weeSpring. Now she goes back to her publishing roots with her upcoming book, "Here's the Plan."

Allyson Downey, cofounder and CEO of weeSpring, has a plan for working mothers and not just any plan: “Your practical, tactical guide to advancing your career through pregnancy and parenthood.”

A mother of two, Downey has quickly established her 3-year-old company as “Yelp for baby products,” according to InStyle Magazine, and now she’s sharing her knowledge with her first book, “Here’s the Plan”, which will be published by Seal Press April 26, 2016.

“All the books talk about life that is growing inside your body. But nothing talks about the life that you’re going to have before, during and after pregnancy,” Downey said, noting that she didn’t just provide her own advice but that of interview subjects from various professions.

“I interviewed a lawyer and she said that you can’t expect that your boss is going to have a plan for you when you’re out on maternity leave. She sat down with the partners in the law firm and told them, ‘Here’s the plan while I’m out’. You need to have a plan … You should be shoring up those relationships and setting priorities at work and laying the groundwork for your return as well,” she added.

The book covers myriad topics from pregnancy discrimination to how to structure your days while on maternity leave to the importance of a supportive infrastructure to backup caregivers to transitioning back into office life after leave.

When asked how she’d even have time for this interview while running weeSpring and launching its new registry function, all while writing a book, raising two children with her husband and moving to a new state less than a year ago, Downey replied with a laugh, “I’m multitasking; washing dishes right now while speaking with you. The babysitter is picking up my son from preschool and my daughter is napping in her crib.”

She confessed that writing “Here’s the Plan” was a simpler task, which took her only five months, while choosing to leave New York City, where she’d spent the whole of her professional life, and move to Colorado with her husband Jack and their two children was a bit more difficult.

Downey began her career as an editorial assistant at Random House in 2003 after receiving her first master’s degree in writing – the second degree in business was earned in 2010 – from Columbia University. She went on to work in politics – where she met her husband – as finance director for both a congressional campaign in 2004 and for former New York Gov. Eliot Spitzer, before moving into private banking at Credit Suisse in 2010.

“I thought I was going to be a lifer in New York. I also thought I was going to be in publishing forever because it was the job I always wanted. A couple of years in, I started to realize that in a corporate environment like that I wasn’t going to be able to be in the fast lane. It’s about time served and not the level of work that you’re doing … We were glorified secretaries and there was nothing we could do to accelerate that so I left in 2004 to work on a political campaign,” Downey recalled. “If you work your tail off you move up really fast … My friends call it my rocket ship trajectory because there really aren’t boundaries in politics.

“When Spitzer resigned I went to work on Wall Street and then my husband and I had this epiphany that we would never have the life we wanted if we stayed in New York,” she continued. “Our son went to preschool on the Upper East Side and it’s very hard to feel good about your scrappy little self when you’re surrounded by such excess. We realized that we didn’t need to ‘keep up’ with the excess. It was a quality of life move for us. I’m still working all the time and just as hard but people’s value system here in Colorado are different. We moved with an eye toward what was going to be best not just for us personally but also for the company.”

The move also allowed her husband, one of two other cofounders of weeSpring, to pursue a new career path. “We’ve always known that we both weren’t going to be able to do this together long term,” Downey said. “We needed to diversify for our family. We met working together on a political campaign so it was nothing for us to be working together in a high-stress environment. We miss not working together now but he’s still there on a strategy capacity.”

When asked if she’s been able to better achieve work-life balance since leaving New York, Downey replied, “I don’t believe that there is work-life balance but that there is a constant give and take. It’s not about balancing it on a day-to-day basis but a month-to-month basis. This notion that you can do all these things well all at once is any unrealistically high bar. Being in the fast lane or being stopped on the side of the road, you can be in the slow lane but then be aware of those accelerated moments. It’s OK to be a bit disengaged at one time or another.”

Downey has been anything but disengaged, however, with the launch of the new registry function on weeSpring, as well as mobile and responsive desktop versions. “The first version of weeSpring was not mobile friendly because we didn’t have budget for mobile design. Now we think mobile first. We are seeing 75 percent coming on mobile and are OK without having an app,” she explained, noting that Apple rejected their app proposal declaring that it was too similar to the mobile experience.

“We beta-launched the gift registry in June; we had about 3,000 beta testers using it. We spun our wheels on registry for a long time but our goal has always been to turn that clunky process into something user-friendly,” she added.

Downey confessed that when she launched weeSpring in 2012 she wasn’t positive that it would be a viable business but a startup born out of necessity for new mothers who, like her, felt overwhelmed by the ever-expanding pool of product choices.

“The first time I walked into a Babies R Us, I burst into tears,” she wrote on weeSpring.com. “I looked up at a 10-foot wall of baby bottles and saw – in all of those options – a metaphor for how completely unprepared I was for the hundreds (thousands!) of choices I’d have to make for my baby.

“We founded weeSpring because we wanted new and expecting parents to have a simple, accessible resource where they can find out what helped them survive the early months and then pass on their own tried-and-true advice.

“We also realize that while there’s no shortage of people telling you what you should buy, it’s your friends who will tell you what you shouldn’t. Being a new parent is expensive enough, without buying things you don’t need or that don’t work,” she concluded.

When asked if the plans for the future of her business have changed since inception, Downey replied they’d not, adding, “I want to be the go-to destination for parents. It’s not just about product advice but about posting honest taste. There’s no expert for your baby or family, it’s about broad perspectives.”