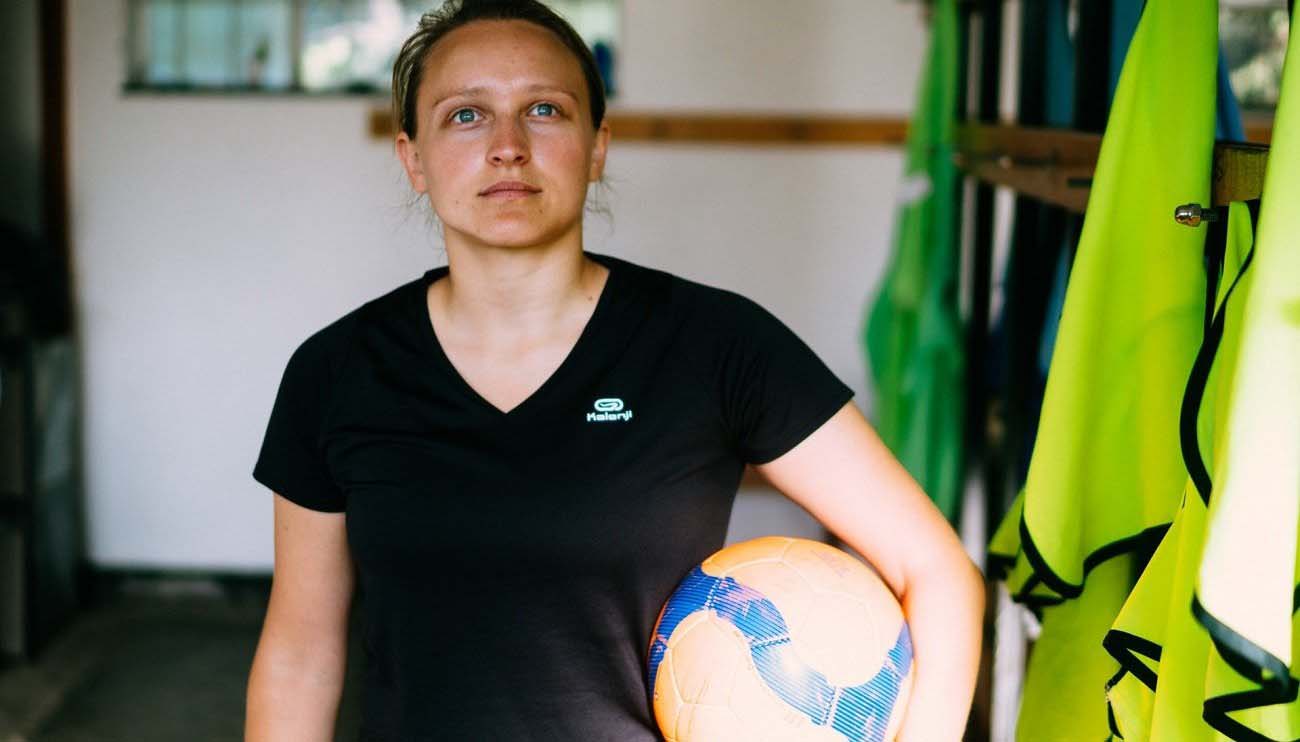 It’s been another historic month of news—and women are making their mark all around the world. In elections, on the playing field, racing through the streets of France, on the top of mountain summits or soaring up in the sky. Hear our stories of women in the news.

In a 5-0 match against Jamaica, the United States will once again return to defend its two-time title as champions of the Women’s World Cup.

WE’VE QUALIFIED FOR THE 2023 @FIFAWWC!!!! pic.twitter.com/jUSgovQcrx

The match was the second in the Concacaf W Championship, where the team defeated Haiti. This regional championship isn’t only a qualifier for the Women’s World Cup. It will also determine participation in the 2024 Paris Olympics. Securing such a historic opportunity is the team’s next goal—as they say, the world cup was only “step one.”

Speaking up against body shaming

“I knew when I wore that incredible Valentino dress that there was no way there wouldn’t be a commentary on it,” wrote actress Florence Pugh. “What’s been interesting to watch and witness is just how easy it is for men to totally destroy a woman’s body, publicly, proudly, for everyone to see.”

After Pugh wore a sheer dress to a Valentino fashion show and posted photos to her Instagram, comments flooded with praise—and, unsurprisingly, toxicity and body shaming. But Pugh says that none of this has impacted her own unshakeable self-confidence.

“I’ve come to terms with the intricacies of my body that make me, me. I’m happy with all of the ‘flaws’ that I couldn’t bear to look at when I was 14.

“If being loudly abusive towards women publicly in 2022 is so easy for you, then the answer is that it is you who doesn’t know.

“Grow up. Respect people. Respect bodies. Respect all women. Respect humans. Life will get a whole lot easier, I promise.

“And all because of two cute little nipples…”

For decades, female professional cyclists had to stand on the sidelines at the prestigious Tour de France. Women aren’t allowed to compete. Women’s companion tours have existed in the past but were often extremely sporadic due to a lack of sponsorship funding, and some one-day races were considered insulting to the women athletes who worked so hard.

Now, we seem to be getting back on track. The Tour de France Femmes started on July 24, when 24 teams of six cyclists lined up to begin the 640-mile race over eight days.

It’s a clear history-defining moment: most of the women riding the race have never seen a woman in the Tour before.

“I think certainly if there had been a women’s Tour de France, I would have started cycling a lot earlier,” said cyclist Lily Williams. “And I think my career arc would look a lot different.”

More stories of history-making women in the news:

Book of the Week – Goodbye Anxiety, Hello Freedom
What Do You Say About Roe v. Wade as a Business Leader?
Comment